Why Not Try This…? Go on a Celtic Church History Trip 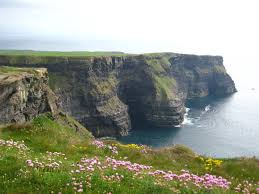 Purpose of this trip. Who was the real St. Patrick? He was neither Irish nor Catholic. Many myths and legends surround this man who lived in the 5th Century. He was born in Scotland, captured and made a slave in Ireland, escaped back home but returned to Ireland for a lifetime of ministry after seeing a vision of a man calling for help. On our trip we will attempt to separate fact from fiction as we visit sites that most likely were part of his conversion, life and ministry.

This trip will re-energize your walk with Jesus and re-focus you on the mission He has given us for the last days!

Recommended reading before you go: Confessions and Letter to the soldiers of Coroticus by Patrick; The Great Controversy by Ellen G. White, Chapter 4; The Celtic Church in Britain by Leslie Hardinge. (All available online or for purchase on www.Amazon.com.) 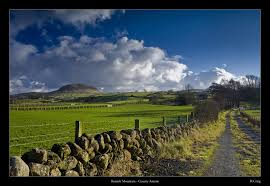 Day 2 Importance of the Bible to Patrick (Tue June 25) 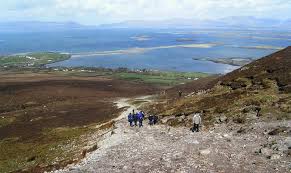 Some might want to take a side trip before or afterward to the Isle of Iona off the coast of Scotland. This is where Columba, a student of Patrick’s schools about half a century after Patrick, along with his followers, established a training school that sent missionaries throughout Britain and many parts of Europe (See The Great Controversy p. 62).

Background. The Iona Community on the Isle of Iona, Scotland was the headquarters for Columba and his missionaries who took Biblical Christianity throughout Europe in the 6th Century. A student of Patrick’s schools in Ireland, Columba was “the son of Feidlimyd, the son of Fergus.” (J.H. Merle d’Aubigne, The Reformation in England, vol.1, p. 30). He was born in Donegal, Ireland, in 521 A.D., and went to Scotland as a missionary. “‘I will go’ said he, ‘and preach the Word of God in Scotland.'” (Ibid, p. 30). Like Patrick, his mentor, Columba kept the Bible Sabbath, or Saturday. His final conscious moments are recorded in history. “Having continued his labors in Scotland thirty-four years, he clearly and openly foretold his death, and on Saturday, the ninth of June, he said to his disciple Diermit: ‘This day is called the Sabbath, that is, the day of rest, and such will it truly be to me; for it will put an end to my labors.'” (Butler, Lives of the Saints, vol. 6, p. 139). The Isle of Iona with its current population of 90 was the birthplace of Christianity in Scotland. Saturday Sabbath is still widely observed on the Island.

Happily married and father of three great kids. Seventh-day Adventist pastor who invites everyone to accept Jesus as their Savior and Lord, embrace all the teachings of the Bible and join a vibrant Adventist group.
View all posts by danserns →
This entry was posted in Global Missions, Outreach, Sabbath, Why Not Try This...?. Bookmark the permalink.

2 Responses to Why Not Try This…? Go on a Celtic Church History Trip